A Good Start to the season- with Tonya Fortune 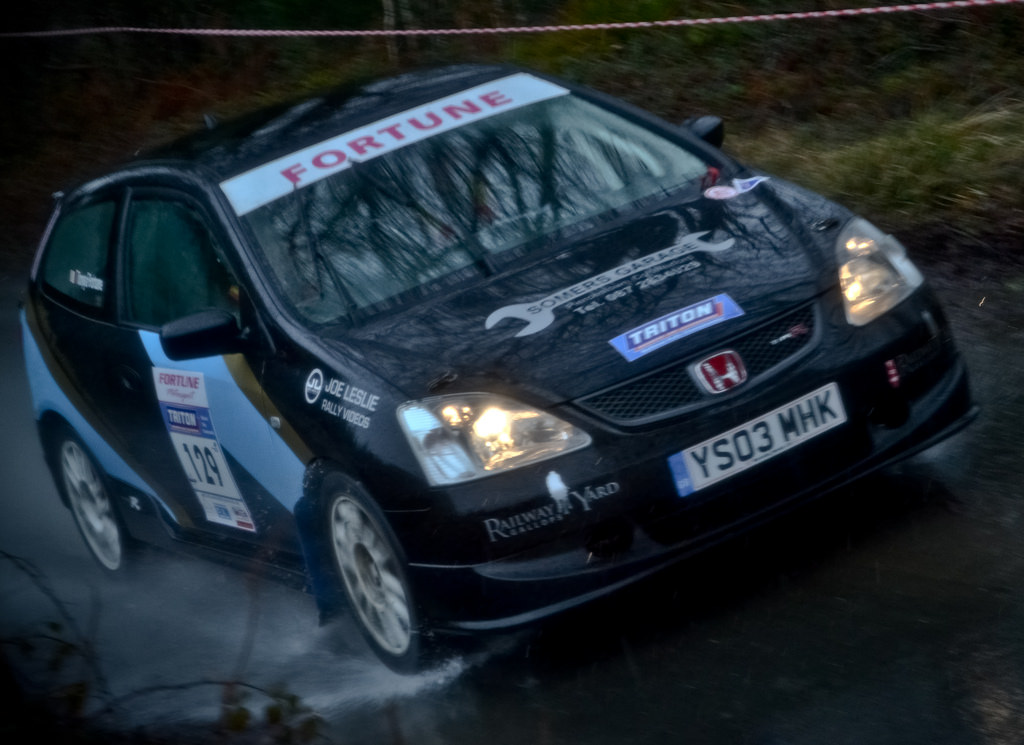 06 Mar A Good Start to the season- with Tonya Fortune

Myself, Damian and Steve Lynch from Dunlop at the Dunlop National Rally Championship Awards night in November Image from CRS Pics

We kicked off our year recently, on the opening round of the  Championship- the Birr Stages Rally.

Despite the heavy rain making for very difficult conditions, we felt that we put in an excellent run, and while on the

first loop of stages I may have been slightly cautious due to the conditions, after the first service I really picked up the pace! I have to admit it’s taken me a long time to get the hang of the Civic, but it finally all seems to be coming together for me. The second loop saw me cutting almost 30 seconds off my times, while on the third I slashed a further 70 seconds!

This was enough to take 2nd in class on the day, and has placed us 2nd on the points table for the National Championship. The rally was also the opening round of this year’s Midlands East Rally Championship, and we hope to contest this alongside the National, depending on funding! Our result means that we have now also taken an early lead in our class, so hopefully we’ll get enough rounds in to continue to compete for the win.

Next up on the cards for us will be the Midland Stages Rally, with points for both championships once again up for grabs! Hopefully we will pick up where we left off in Birr, and put in another good run!

Many thanks to our sponsors who have come on board again for 2015, Somers Garage, Lawlor Forklifts, Joe Leslie Rally Videos, Railway Yard Gallops and Wexford Credit Union. All your support is very much appreciated! And there’s still plenty of space on the car for anyone else who would like to get a name on there!!

Finally, best of luck to Leo Nulty with his new venture and the new website, I’m sure it will be a massive success with all your hard work!