Nicole Drought, 25, is a racing driver from Roscrea in Ireland.

In 2015 and 2016 she competed in the Irish Touring Car Championship, becoming the first woman to win in the series in early 2016. She also made her sportscar debut in 2016, racing a Global GT Light at Anglesey Circuit in the UK, where she qualified second and finished fourth.
She was invited by the Sean Edwards Foundation to test a Porsche Supercup GT3 at Le Castellet in France and subsequently became the first Irish Ambassador for the Foundation, which promotes safety for drivers and circuits worldwide. She was also inducted into the Murphy Prototypes Young Driver initiative and travelled to a number of ELMS rounds with the Irish owned International Sportscar team.
Towards the end of 2016, she was named by sportswomen.ie as Irish Sportswoman of The Year, beating names such as Katie Taylor and Annalise Murphy in a public vote to decide the competition.
In 2018 and 2019 Nicole raced in the Irish Stryker Championship and also competed in the popular Endurance Trial Championship. Many top results in Strykers were accompanied by her first championship victory, when she took the Endurance Trials A1 Championship. In 2019, she dominated, with six wins from six starts to make it two Championships in a row. Having tied up the title before the final round, she elected to move up to the main class and took a class win there too.
In August 2019, Nicole made headlines when she tested a Formula 1 car at the Mondello Park Historic Festival. In front of a capacity crowd, she drove the famous ex Derek Daly Guinness liveried March 811, a car which was demonstrated at Mondello Park by Daly almost 40 years before!
In February 2020, Nicole travelled to the United States to test Irish expat John Campion’s Jordan 193 F1 car and having signed for his CJJ Motorsports team, she is competing in the UK Britcar Endurance Series in a Porsche 718 GT4. 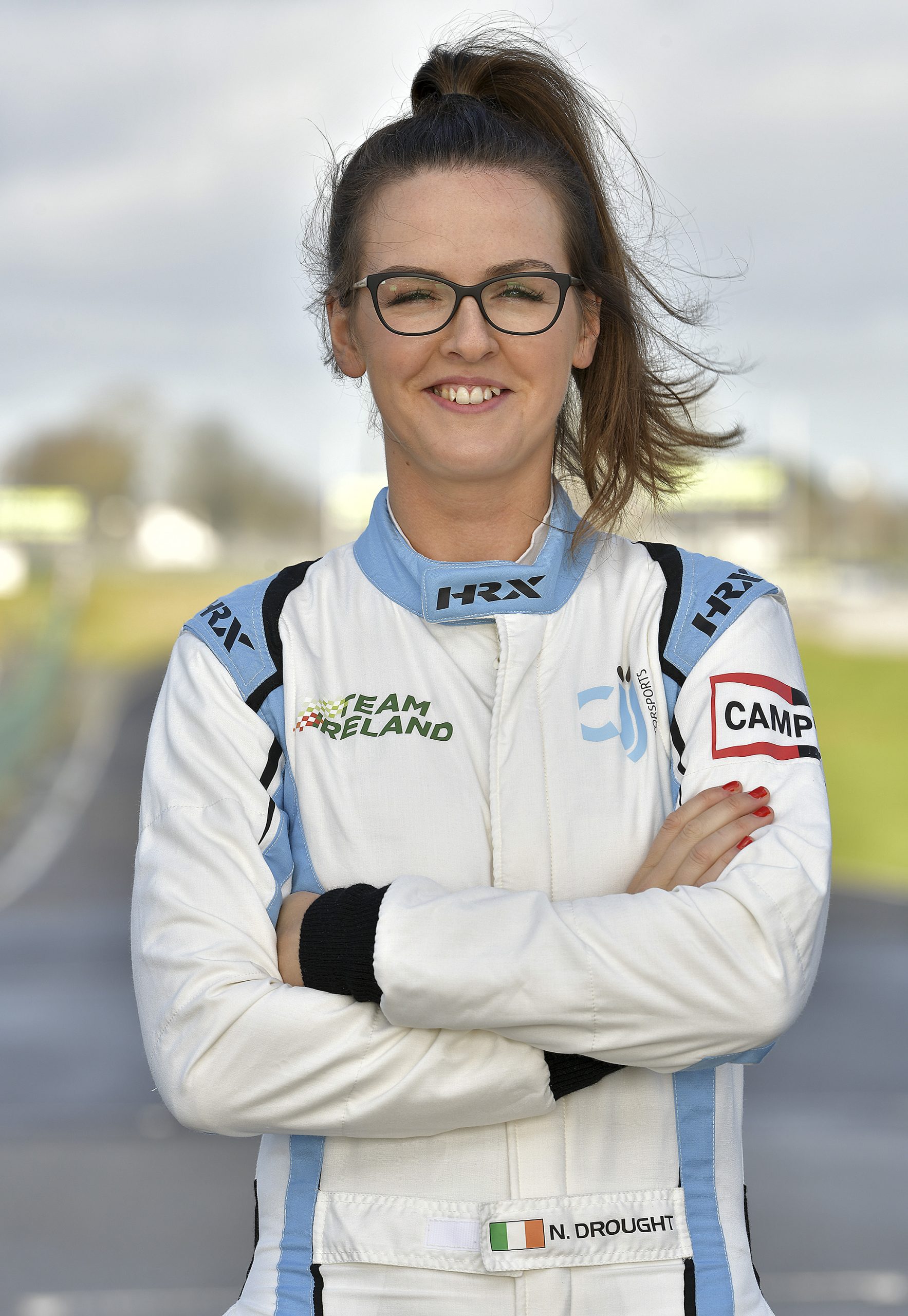