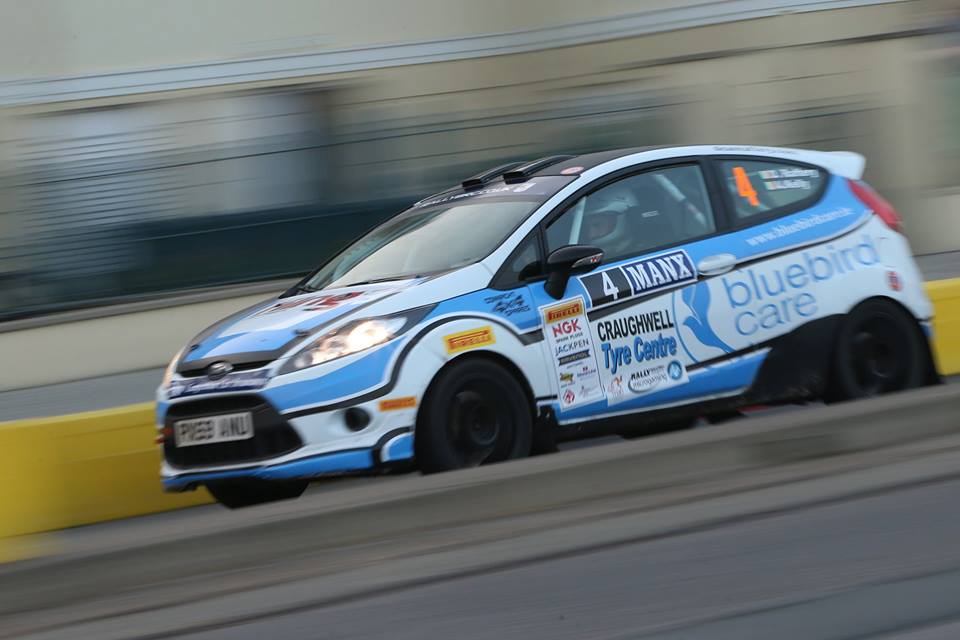 Posted at 10:59h in Inside Line by Nicole 0 Comments
0 Likes

Happy New Year to you all, I hope you’ve had a great Christmas and here’s hoping to a great year ahead of us! First of all I would like to thank Leo Nulty and his team at Motorsport.ie for the opportunity to write a blog for their new website. I wish you the best in your new venture and I have no doubt that you will be successful.

I write this as I sit in the departures lounge of Heathrow airport after winning the British Rally Championship appeal which was heard this morning by the MSA at the Motor Sports House in Colnbrook. I can finally officially say that I am the British Rally R2 Champion and also a 2015 Pirelli Star Driver.

2014 was the biggest of my rallying career so far, competing at an International level in the British Championship and the final round of the World Rally Championship, Wales Rally GB last November.

Our 2014 campaign started almost twelve months ago when we travelled to Scotland to acquire our Ford Fiesta R2. The car was to be a big change from the Honda Civic we had previously competed in, the biggest change being the steering wheel on the left hand side of the car! I bought a left hand drive road car to get used to the seat position and quickly adapted.

We took the car down to Cork to compete in the Moonraker Forest Rally, the second round of the Irish Forestry Championship. I played around with the settings of the car throughout the event finding my feet in the car and got on a good pace towards the end of the rally eventually winning the class by quiet a large margin. It was a promising start for Aileen and myself in the new car.

The Irish Forestry Championship is where I began my rallying and I would recommend the championship to any young driver who wants to get to grips with their car and who is serious about progressing in the sport.

Our British Championship campaign began at the Pirelli Rally in Carlisle. The two day event took place in two different forests – Kielder and Kershope with completely different terrain in both forests. The event did not run as smoothly as I would have liked but we managed to finish in 4th overall while more importantly winning the R2 category.

Unfortunately I was to miss the Jim Clark Rally due to my professional exams taking place on the same week as the rally, but would later count it as a dropped score in the overall championship. Next the championship

headed to Dumfries for the Scottish Rally in June. We put in a lot of pre-event work into the stages and terrain and made very good pace notes during the recce. With this I had a lot of confidence heading into the first stage. I knew before the rally that the pace was going to be hot so this confidence was essential. Throughout the rally there was never more than a handful of seconds between Scotsman Garry Pearson and myself for the R2 class victory. We eventually came out on top of this battle, by no more than a few seconds after a hard fought battle and this victory was huge to our championship campaign.

The BRC was moving back to asphalt for the Ulster Rally and having not competed on tarmac for eleven months it was decided to take part in the ALMC Stages Rally as a pre-event test. It turned out to be a great decision as the mixed weather conditions meant that I got plenty of mileage driving on the correct tyres in both wet and dry conditions as well as the incorrect tyres on both wet and dry conditions. We had a good clean run and racked up another class victory on the way.

On the 15th of August at the Ulster Rally a freak accident occurred and fellow BRC competitor Timmy Cathcart lost his life. I met Timmy for the first time earlier in the year at the Moonraker Rally and instantly knew he was a genuinely nice guy, I got to know him and his father Ian over the next couple of rally’s and the two of them were absolute gentlemen. RIP Timmy

The finale to the Championship came at Rally Isle of Man and disaster struck early in the rally. In 1st gear I clipped the inside wheel off a rock and with the camber of the road, the car overturned. I couldn’t believe it! Thankfully all of the Broderick Motorsport team worked through the night to get the car repaired and get us back out on the stages. We took a controlled drive to the finish eventually claiming the R2 title along with the Pirelli Star Drive, Fiesta Sport Trophy Championship, Ravenoil Newcomers Award and a Road to Wales prize which included a free entry in the final round of the World Rally Championship.

Wales Rally GB turned out to be an amazing experience. I prepared well for the event viewing 2013 & 2012 in car camera from other competitors as well as studying the DVD which was provided by the organisers. We took the recce car over on the ferry on the Monday of the rally and took part in the Recce on Tuesday and Wednesday. The recce was tough, the main challenge I found was the pace I had to drive at while making my pacenotes. If you were driving around at a steady pace while making your pacenotes you would be eaten up by other competitors! I was happy with my recce at the end of the two days and made my notes conservative for the rally.

On Thursday we took part in Shakedown and got a good feel for the conditions that we would face during the rally. We spent the afternoon going over the DVD and checking our pacenotes. Friday morning include 150KM of stages and with only one 15 minute service throughout the day. There was no margin for error as there was simply not enough time to make any repairs to the car. We took a steady approach to the first couple of stages bedding myself into the rally and settled into 2nd in class at the midday service hault. I picked up my pace for the afternoon stages and set some fastest times before the end of the day before the 3 hour drive back to service.

Saturday provided more of the same setting a few fastest stage times throughout the day gaining valuable experience of the stages. On the final day of the event, Sunday we backed off to preserve our position in the class and were happy to finish 2nd on what was the toughest rally I have ever competed on. It was a great experience to complete every competitive kilometre of the rally while at the same time bringing home a podium finish. It was a great effort from all involved especially the Broderick Motorsport service crew. I hope to return this year and with my previous experience I know I can push for the win.

Wales Rally GB was our final event of 2014 but I still had to prepare for an off event interview for the Billy Coleman Award. The interview took place just a couple of days after returning from Wales and as it was my 3rd time attending the interview process, I knew what to expect as I walked into the room with a panel of 7 interviewers ready to asses different aspects of my motorsport past and future plans. As I walked out of Dawson Street that morning I was happy with myself, I felt the interview went well and was hopeful of a spot when the 8 nominees would be filtered down to 3. The phone call came a couple of days later and fortunately, the news was good.

The winner was to be announced at the Champions of Irish Motorsport in December and with that I put the award in the back of my mind for a few weeks, so much so that on the day when John Kenny announced over the microphone that I was the winner I was in shock. The Billy Coleman Award is the most prestigious award in Irish Motorsport and the prize of €50,000 is a massive boost to any young driver intending on competing at an international level abroad. I realise how fortunate I am to have received this award from Motorsport Ireland and the Irish Sports Council and I intend on making the very best use of it I can in 2015.

I received an early Christmas present when I got a phone call from Killian Duffy inviting me to a test and the opportunity to drive a Ford Fiesta R5. It was my first time to sample 4WD and all I can say is that the car was phenominal! Big thanks to Pauric and Kevin for throwing me the keys.

As of now I still have to decide what championship I will compete in. I am putting in a lot of work behind the scenes exploring all options to me and a decision will be made in the next week or so. What I am sure of though, is that 2015 will be the biggest year of my rallying career and I can’t wait to put on my helmet and get behind the wheel again