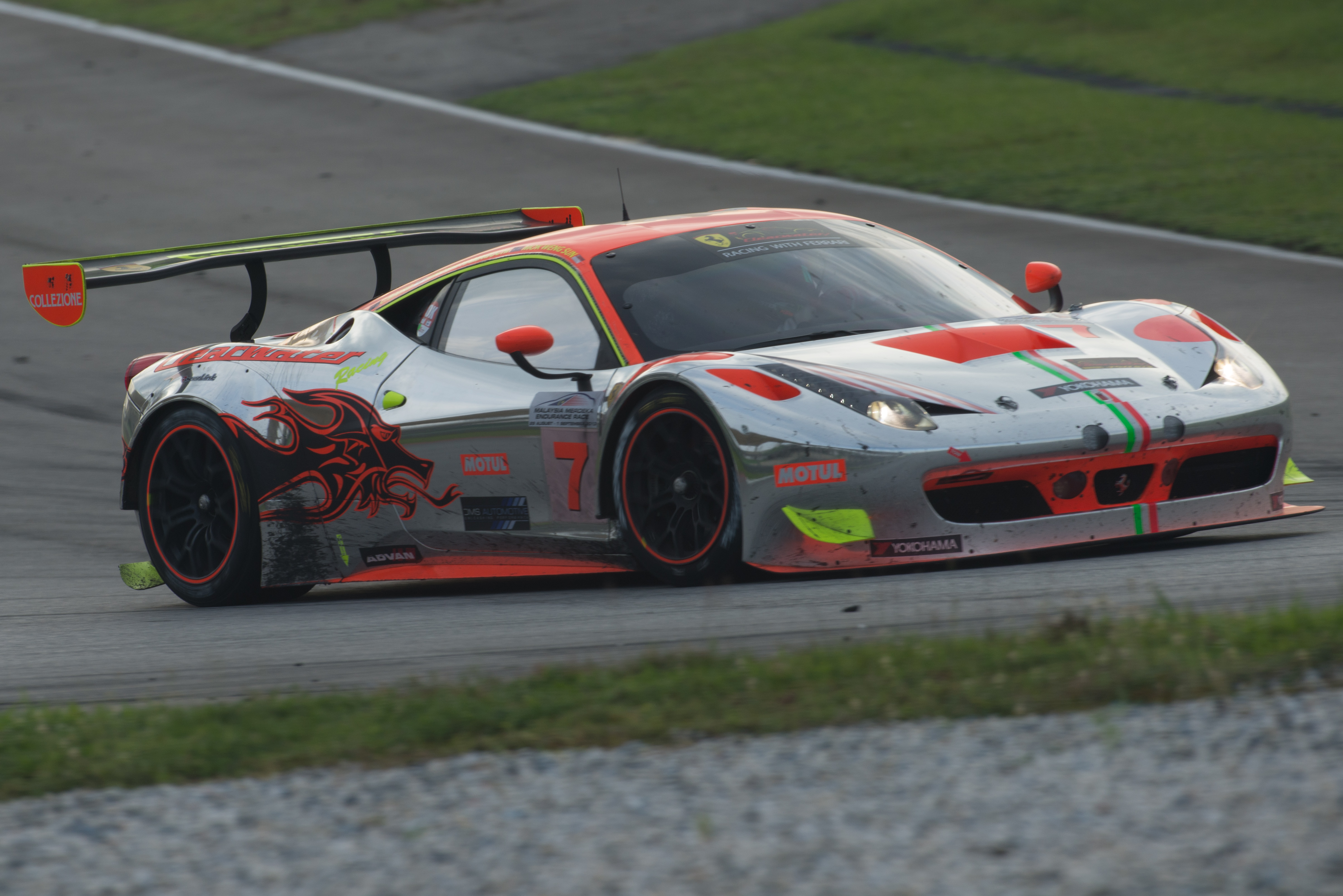 Ferrari driver, Matt Griffin, heads to Mount Panorama, Australia this weekend for the well liked, Liqui Moly Bathurst 12hr.  The circuit is one of the most demanding in the world on both man and machine, and is one of Griffins favourite events.  Having finished 3rd in 2012 and 2nd in 2013, Griffin suffered a retirement from the race in 2014 when team mate Hiroshi Hamaguchi crashed the car and so is hungry for a win at this year’s race.
“I am really looking forward to being back on the mountain.  Last year I think we would have been able to fight for the win if it had not been for the unfortunate crash of my teammate.  It is a track I feel very comfortable at and after finishing 3rd and 2nd in the past I really want to get that win” said Griffin.

The successful Irishman will join Clearwater Racing for the 4th consecutive year, piloting the number 33 Ferrari 458 GT3, with teammates Mok Weng Sun and current World Endurance Champion, Toni Vilander competing in the Pro-AM class.  A decent 53 cars will be on track with some of the best teams and drivers from all over the world, including factory car entries from Audi, Mercedes and Bentley but the Clearwater trio will be gunning for overall victory.

“To be back with Clearwater for this race is great, they are a world class team and while they are based in Singapore, have top technical engineering talent from all over the world.  I am really confident in our driver line up, Weng (Mok Weng Sun) is the reigning GT Asia Champion and Toni (Vilander ) is the reigning world champion so I think together we will make a very strong team” explained Griffin.

2015 has seen a busy but successful start for Griffin with a win at the Dubai 24hr with the Dragon Racing Ferrari and a 4th place finish with AF Corse at the Daytona 24hr, Griffin set fastest lap in class in both events.

“I am heading to Australia with a lot of confidence.  The win at the Dubai 24hr was fantastic but to follow that up with the strong showing we had at Daytona really tells me I am in a good place.  We were really fast at Daytona with our car setting the fastest race lap, we had an unfortunate engine issue early on that cost us a lot of time, if it wasn’t for that, I believe we would have been right there fighting for the victory.”

Cancel Reply
We use cookies on our website to give you the most relevant experience by remembering your preferences and repeat visits. By clicking “Accept All”, you consent to the use of ALL the cookies. However, you may visit "Cookie Settings" to provide a controlled consent.
Cookie SettingsAccept All
Manage consent

This website uses cookies to improve your experience while you navigate through the website. Out of these, the cookies that are categorized as necessary are stored on your browser as they are essential for the working of basic functionalities of the website. We also use third-party cookies that help us analyze and understand how you use this website. These cookies will be stored in your browser only with your consent. You also have the option to opt-out of these cookies. But opting out of some of these cookies may affect your browsing experience.
Necessary Always Enabled
Necessary cookies are absolutely essential for the website to function properly. These cookies ensure basic functionalities and security features of the website, anonymously.
Functional
Functional cookies help to perform certain functionalities like sharing the content of the website on social media platforms, collect feedbacks, and other third-party features.
Performance
Performance cookies are used to understand and analyze the key performance indexes of the website which helps in delivering a better user experience for the visitors.
Analytics
Analytical cookies are used to understand how visitors interact with the website. These cookies help provide information on metrics the number of visitors, bounce rate, traffic source, etc.
Advertisement
Advertisement cookies are used to provide visitors with relevant ads and marketing campaigns. These cookies track visitors across websites and collect information to provide customized ads.
Others
Other uncategorized cookies are those that are being analyzed and have not been classified into a category as yet.
SAVE & ACCEPT