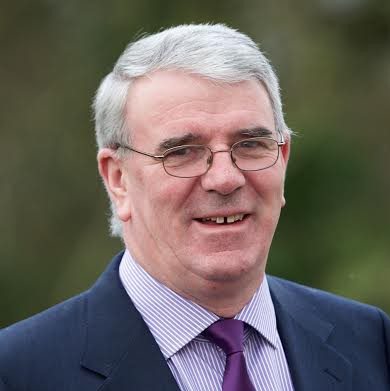 Motorsport Ireland announced today that it has elected a new president. Martin McKenna,from County Monaghan, who takes up the role as head of the governing body for four-wheeled motorsport in Ireland with immediate effect.

Speaking at the announcement of his appointment, Mr McKenna outlined his goals for his period in office. He said that his priorities will be to continue the work of his predecessor, Joe Corcoran, in growing levels of participation in motorsport and ensuring that it continues to be a safe environment for competitors and fans.

The new president of Motorsport Ireland said: “I am looking forward to undertaking my role as president at a time when our sport is growing and the levels of participation are increasing across all the disciplines. I will continue the work that Joe undertook to get us to this point and will hopefully drive the sport on to even greater things.

As president, Martin will represent the interests of the 34 affiliated clubs who are the organisers of the events. He will also represent Ireland’s interests on the international front through the organisation’s affiliation to the world motorsport governing body, the FIA , who recognise Motorsport Ireland as the sole authority for the sport in Ireland.

Mr McKenna added: “Through our seat at the FIA, I hope that we will not only influence the way the sport is governed internationally but we will be able to learn from other jurisdictions ways of making our sport more accessible to members of the public.”

A former motorsport competitor, Martin has been involved with the sport since the early 1970s. He has served on various committees including the Motorsport Commission and the National Rallies committee. He has also contributed to the successful staging of many rally events including filling the role of Motorsport Ireland steward and safety officer at events countrywide.