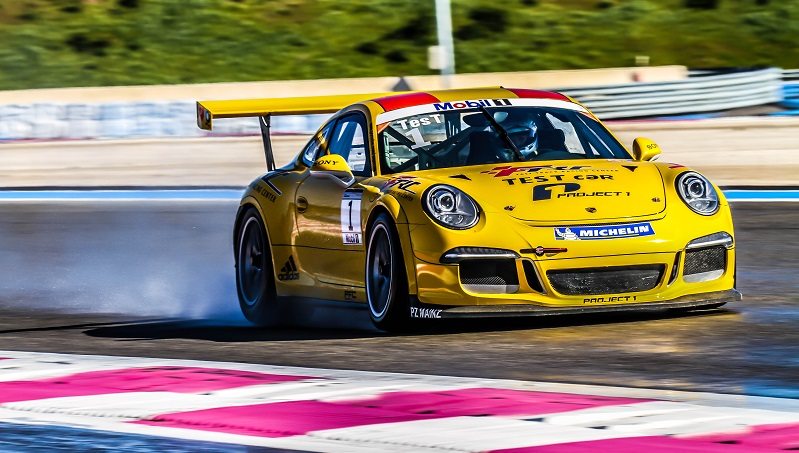 11 Apr Nicole Drought Teams Up With IT Monkey

ITCC Production Championship leader Nicole Drought will be supported for the remainder of her 2016 campaign by Naas based IT specialists IT Monkey.

The 21 year old, from Roscrea in County Tipperary has been the subject of much media attention since taking her first win at Mondello Park last month and has attracted a number of backers, with IT Monkey first to be announced. Part of the deal sees the company build and launch a new website for Nicole.

Nicole Drought: “It’s great to get some commercial support to help with costs of course and the website they have built is fantastic too. IT Monkey are a young and dynamic company and I hope to repay their faith with some more top results.”

Liam MacNamee, IT Monkey “This is a new step for us, but having met Nicole and seen her race, we are delighted to support her in 2016. We will attend the remaining ITCC rounds and will also run some exciting social media competitions to bring winners with us.”

Nicole’s newly liveried Honda Integra will be unveiled at rounds 3 & 4 of the 2016 Irish Touring Car Championship, which take place at Bishopscourt in Northern Ireland on May 7/8.

IT Monkey was founded in 2009 in Naas, Co Kildare. We provide IT support and sales to businesses in the greater Leinster Area. Our other services include Website Design, Cloud Services, Managed Services, Apple Support and Repairs, Computer Training and Computer Aided Design. We are an Authorised Google Apps provider. We pride ourselves on maintaining excellent relationships with our clients and are committed to exceeding your expectations on quality of service and support.
Whether you’re a start-up or a more established small or medium sized business, we understand how critical it is to consistently meet the current and evolving demands of the businesses we support. Our success comes, in part, from working closely with our clients to deploy solutions that meet current needs but are flexible enough to accommodate future growth and changing business requirements.

Nicole Drought, 21 is a race driver from Roscrea in County  Tipperary. In 2015 she made her race debut and scored 5 podiums in the Irish Touring Car Championship.
In September 2015, she was named by Motorsport Ireland as their Driver of The Month, an accolade which includes a nomination for the Young Driver Of The Year Award.
She is a student of Accountancy in the University of Limerick.
In 2016 she was invited to Le Castellet in the South of France by The Sean Edwards Foundation to complete a 2 day test at the wheel of a 470bhp Porsche GT3 Supercup. Having won at Mondello Park in March, she currently leads the Production class of the Irish Touring Car Championship in her 250bhp Honda Integra.