Nicole travelled to Florida to test an iconic Jordan F1 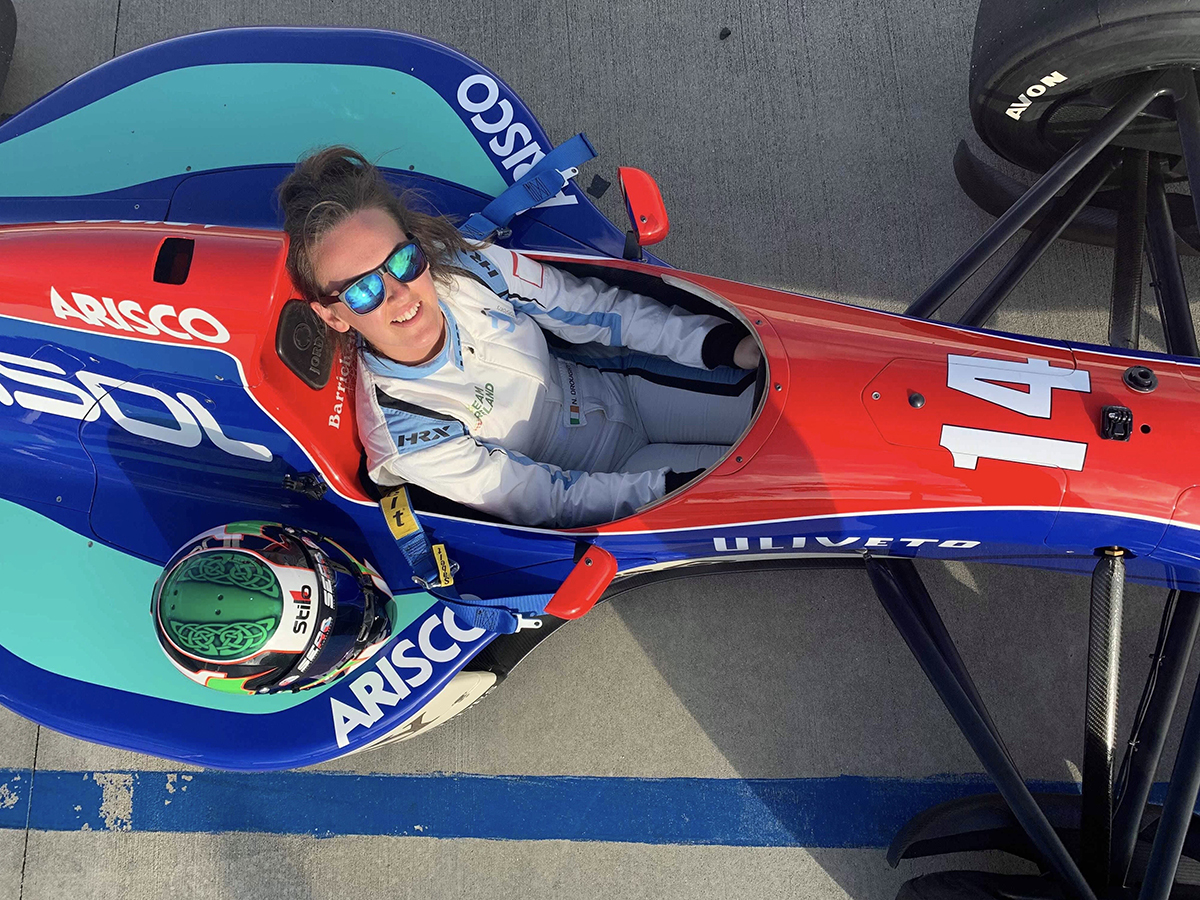 In February 2020, Nicole travelled to Florida to test an iconic Jordan F1 car. Having tested John Campion’s Guinness March 811 at the 2019 Mondello Historic Festival, she had forged a relationship with the CJJ team, and was ecstatic to receive the invitation to test another F1 car, this time on the other side of “the pond”.

With CJJ Motorsport booking the Palm Beach International Raceway circuit for the day, Nicole was not only to drive the Jordan, but also two other cars from the CJJ collection. These were the Lancia LC1, an early 80s Group 6 World Sportscar Championship contender and an equally iconic car, the ex Emerson Fittipaldi March 83G “Spirit of Miami”, powered by a Chevy “big block” V8.

“When I arrived at the track I saw the Lancia and March in the pitlane. I jumped the pitwall for a closer look and had to pinch myself to make sure I wasn’t dreaming. Both cars are so impressive but then I looked down the pitlane and saw it. The Sasol Jordan-parked side on for a photoshoot. It looked as amazing as I had hoped. Probably the best day of my life….”

Nicole first took to the track in the Lancia, commenting on the massive turbo lag, which the team later showed her was attributed to the small twin cam Lancia engine and the massive turbo, which appeared to be almost as big! After a spot of lunch and plenty of banter with the team, Nicole returned to the track, this time at the wheel of the March. The team had to remove the seat to fit her in, which led to a few issues as, despite the belts being fully tight, she found herself sliding around during cornering! The V8 may sound like a top fuel dragster but is incredibly tractable, oceans of torque making it relatively easy to hussle round the twisty infield section, whilst the team gathered at the pitwall to savour the V8 rumble.

After a quick break, and a cup of Barry’s Tea with John, Suzanne and the team, it was time for Nicole to climb aboard the Jordan.
“In 2015, Ger Herbert was kind enough to interview me for the Sunday Independant and one of her questions was which would be my dream car to drive. Without hesitation, I said a Jordan F1 car- never imagining in my wildest dreams that it would actually happen…..”

The car fired up and Nicole headed off down the pitlane, about to realise her childhood dreams. After a series of high speed laps, there was no sign of Nicole returning to the pitlane and when she eventually pulled to a halt, it was only because the tank was dry!

“We all dream of driving an F1 car, but we know it is not likely to happen. Not only have I been lucky enough to drive one, but two. It just shows that dreams do come through. I can’t thank John and Suzanne Campion and all of the CJJ Motorsport Team for a life changing opportunity and a day that will stay with me forever,” 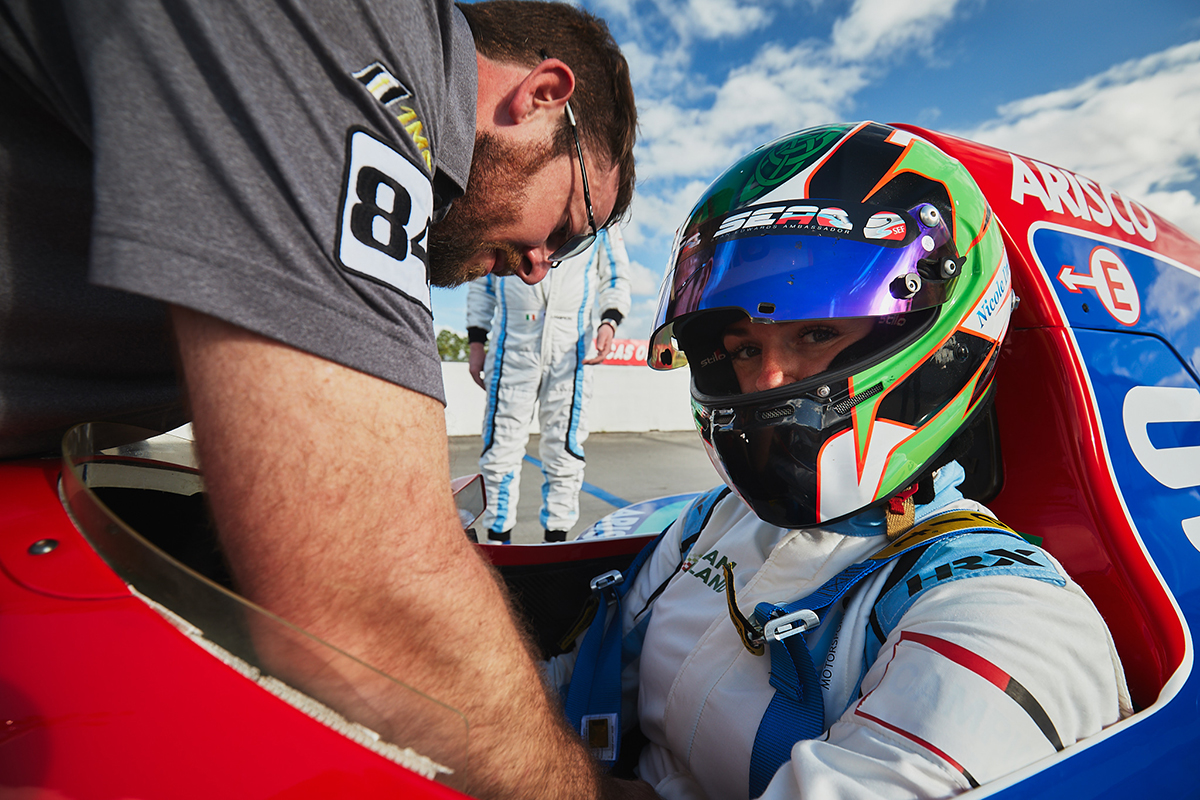 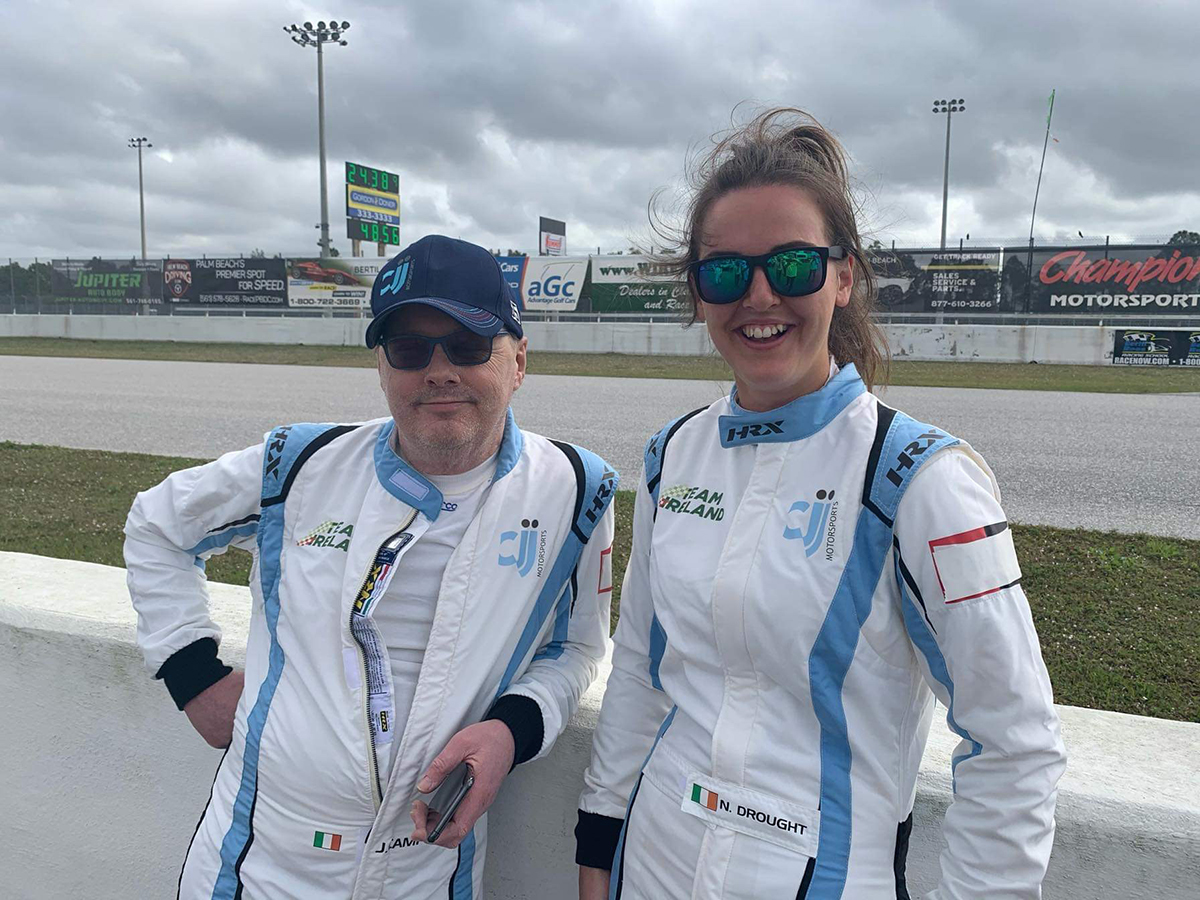 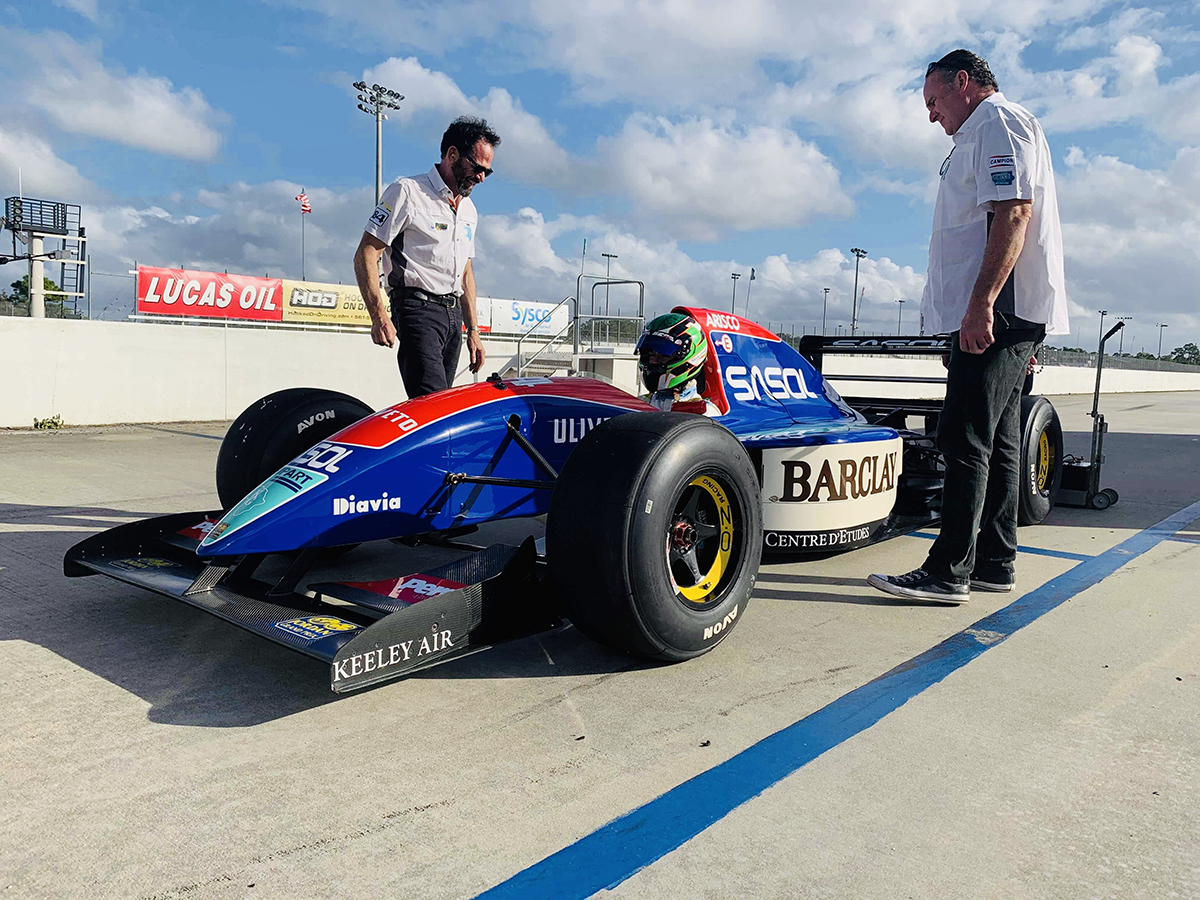