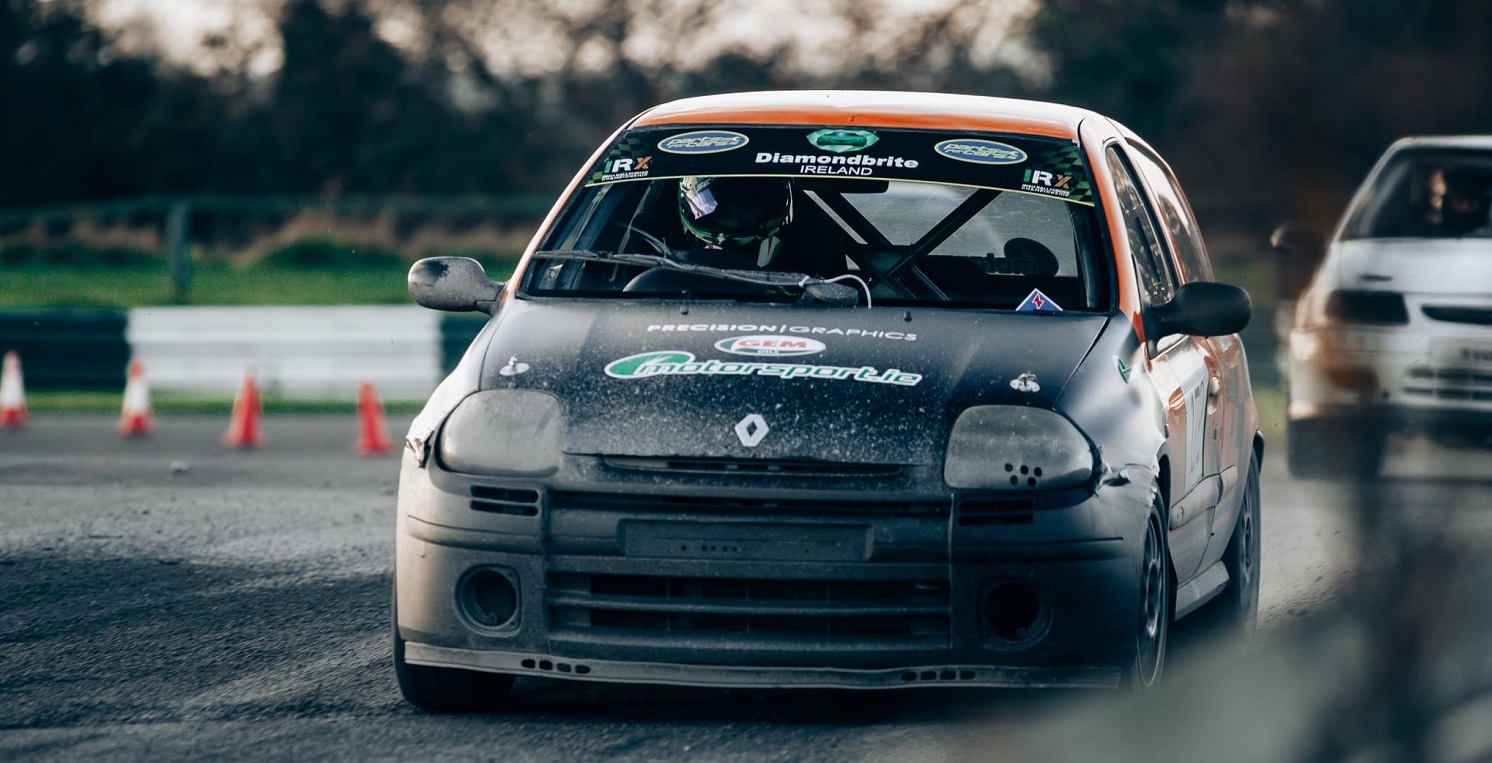 Posted at 12:58h in News by Nicole 0 Comments
0 Likes
Nicole had a busy time of it last weekend. She travelled to Anglesey in Wales to compete in the famous Race of Rembrance- an Endurance race for a variety of cars with multiple drivers.
Rejoining the WRC Developments team, Nicole qualified fourth in class but once the seven hour race got going, she battled her way into the lead. Setting three fastest laps during her two hour stint, Nicole then pitted with a five secnd gap to hand over to her team mates for the remainder fo the race. She then headed to Holyhead to catch the ferry back to Ireland and get a few hours sleep before going to Mondello Park for the sixth round of the Irish Rallycross Championshop. Before the racing started she received news that her team had held the lead until the end of the Saturday race and that her fastest lap had not been beaten. Despite missing the first round of the Rallycross series, Nicole was up to second in the title chase and looking for her first win. She won two of the three heats, meaning she started the all important final from pole posiition in her Clio 172.  After a great scrap, she crossed the line a close second- ensurig that the championship battle goes down the wire to the final round on December 11th
Nicole: “What a weekend. I’d so much fun with the WRC guys at Anglesey. As ever, the car was spot on and I was delighted to go so well in it.  POB Racing in Kildare did some work on the Clio before the Rallycross and the car was absolutely flying- I really enjoyed driving it. Big thanks, as ever, to all of my sponsors, who make all this excitement possible,”